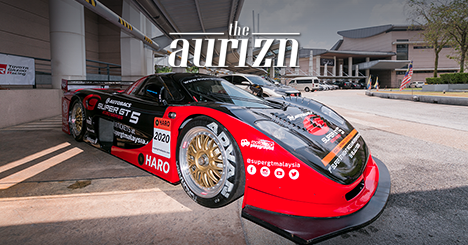 SUPER GT RACING RETURNS TO MALAYSIA IN JULY WITH A BANG!

Putrajaya, 9th March 2020 - After a six-year absence, SUPER GT racing makes an explosive return to Malaysia from 16-19 July 2020 at Sepang Circuit, setting the stage for the Series and world’s first ever GT night race, and the debut of an-all Malaysian team for the very first time. SUPER GT Malaysia Festival 2020 is one of two races outside of Japan and will be round 5 of the 2020 Autobacs SUPER GT Series.

A major event in the Visit Malaysia 2020 calendar and expected to give a significant boost to inbound tourism, the SUPER GT Malaysia Festival 2020 was today officially launched by Ministry of Tourism, Arts and Culture Malaysia Secretary-General Dato’ Dr. Noor Zari Bin Hamat.

“SUPER GT racing continues to be a huge crowd puller worldwide and especially in Malaysia. We thought long and hard about how to make it better and realized that a night race would present teams and drivers with a unique challenge, in addition to racing under extreme heat and unpredictable weather conditions,” said Haro Sports & Entertainment Managing Partner Fahrizal Hasan.

Unlike the many restrictions in other international motor-racing events, SUPER GT serves up a carnival-like atmosphere allowing fans to get right up close and personal with their favourite drivers, teams and cars. A popular attraction that denotes the event are the SUPER GT Race Queens who bring not only immense colour and character to the event, but provide a vital connection between teams and the fans, particularly during the open pit sessions, pit walk, grid walk, circuit safari and activity stage at the mall area. SUPER GT Malaysia Festival 2020 will also feature a Kids Pit Walk session on Thursday, open to school children aged 5 to 12 years and to all ticket holders that bring at least one kid between the age group.

“With all this in place, I would say SUPER GT will return to Malaysia in 2020 with a more complete package than ever before.”

Fahrizal also announced that two Malaysian drivers, Jazeman Jaafar and Dato’ Adrian da Silva, will pair up in a Porsche GT3 R to compete in the GT300 Class as one of two Malaysian wildcard entries at SUPER GT Malaysia Festival 2020.

• Toyota GR Supra to be won!

• Tickets from as low as RM80 for early birds

“We have missed the heat of Malaysia. Malaysia offers a unique challenge of higher temperatures and conditions than what the competing teams are normally accustomed to in the other rounds held predominantly in Japan,” said Bandoh.

“This is something that not only test the drivers, but the heat and, sometimes, torrential rains put the cars, their engines, the tyres and the crew involved through one of the toughest challenges available in circuit racing.”

The Autobacs SUPER GT Series runs a two-driver endurance format with race distances ranging from 300km to 1,000km, featuring two classes of racing – the GT500 main class effectively exclusive to works teams, and the GT300 class which run far less down force than their GT500 counterparts.

The GT500 main class features a clash of titans among the big three Japanese manufacturers Toyota, Nissan and Honda spread among the 15 teams, with four participating tyre manufacturers that include Bridgestone, Yokohama, Dunlop and Michelin.

On track, the action promises to be every bit world class, with the Series attracting ex-Formula 1 drivers such as Heiki Kovalainen together with celebrated team directors such as Satoru Nakajima, Aguri Suzuki and Ukyo Katayama.

Fans from Asia and Europe can also take advantage of special flight and premium hotel accommodation packages to attend the SUPER GT Malaysia Festival 2020 courtesy of the event’s Official Airlines, Malaysia Airlines. Offers and bookings can be made via the MH holidays website at https://holidays.malaysiaairlines.com and Enrich members also enjoy ticket discount benefits when they purchase SUPER GT Malaysia Festival 2020 tickets.

In partnership with UMW Toyota Motor Malaysia, organizer of the well-established Toyota Gazoo Racing Festival street race, all SUPER GT Malaysia Festival 2020 ticket holders will also have the chance of winning and driving home a brand-new Toyota GR Supra in a Predict and Win Competition.

Meanwhile, in partnership with Art of Speed, SUPER GT Malaysia Festival 2020 will treat motorsports fans to an outdoor Auto Expo at the open Mall Area leading up to the Main Grandstand with a wide range of displays by car manufacturers, automotive brands, after market specialists, lifestyle products, car clubs and enthusiasts.

At the launch today, SUPER GT Malaysia Festival 2020 also unveiled a Hop-On Hop-Off Bus which will be used to promote the race in downtown Kuala Lumpur, and ferry motorsports fans on a circuit safari around as the SUPER GT cars blaze around the Sepang Circuit during the race weekend.

For more information or enquiries, visit the website at www.supergtmalaysia.com.

“With the GTA fully in agreement, Malaysia now has what is essentially the world's only GT night race. Motorsports fans and gear heads now have something to look forward to every year, and we are bringing the race back with a bang!”

Malaysia had hosted the first overseas race of the All-Japan Grand Touring Championship with two exhibition races in 2000 and 2001, before Malaysia was officially included as a full-fledged championship round in 2002. Malaysia continued to play host to the Series' overseas rounds until 2013.

“SUPER GT Malaysia Festival 2020 also gave us an opportunity to put together a more wholesome event package catering to fans and families. It is so much more than just racing, it is a lifestyle! It is also a major event for Visit Malaysia 2020, and we are targeting approximately 80,000 spectators over the four-day race weekend.”

“The first time a SUPER GT event was held in Malaysia was 20 years ago in June 2000. I am sure motorsports fans in their thousands from Malaysia as well as from neighbouring countries will be at the race in full support of what is the very first and historic night race in the Series,” he said.

Meanwhile, Chairman of GTA Ltd. Masaaki Bandoh who was also present at the launch, paid tribute to the more than 50,000 fans who attend every round of its race, saying the SUPER GT Series has evolved from being solely a motorsports event to one that now gives back to society via various educational activities, charity, environmental and community projects, as well as motorsports culture programmes .